This beautiful book promotes inclusivity and empathy, encouraging children to 'leave no-one behind' in friendship groups and to consider other people's feelings. 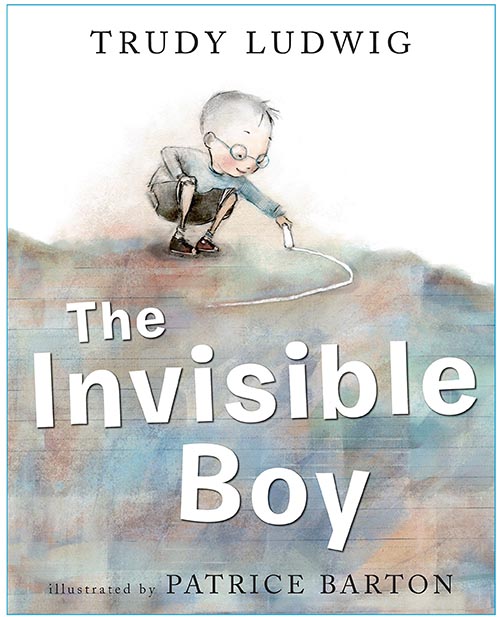 “He sits there wondering what is worse – being laughed at or being invisible.”

Brian feels invisible. Nobody seems to notice him or think to include him. His teacher is too busy dealing with his attention-seeking classmates, and his peers don’t invite him to their parties, pick him for their sports teams, or ask him to join in their games. Brian retreats into his imagination. When a new boy (Justin) arrives, Brian notices him being teased for having something unusual in his lunchbox (some Korean Bul-go-gi). Brian leaves Justin a drawing and note, commenting on how good he thought the food looked, and the first foundations of a friendship begin to develop. Justin repays Brian’s kindness by encouraging the other children to include Brian in their games. The story concludes with Brian realising that he’s ‘not invisible after all’.

Sensitively written by Trudy Ludwig, complimented by stunning illustrations by Patrice Barton, who cleverly mixes black and white sketches with coloured ones to reflect Brian’s feelings of being invisible. Sharing this story with a child could be a useful starting point for a conversation about inclusion, kindness, bullying, considering other people’s feelings and cultural diversity. There are some useful notes in the back of the book with questions for discussion and further reading links.