Children can sometimes form friendship circles which exclude others, which can be difficult for the children left on the outside. This book focusses on Clotilda, a little girl who doesn't really fit into the group of fairies and group of witches she longs to play with. 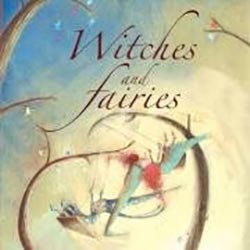 Clotilda has to make do with watching them, or refereeing their races and battles. One night, the witches and fairies climb into pyramids and ask her to judge which pyramid is higher. When she tells them they are both the same, both groups urge her to climb up, which she does and sends them all tumbling to the ground in a jumbled, laughing mix of fairies and witches. A new favourite game is introduced to the combined group: being Clotilda (who, like most of us, is ‘a little bit fairy and a little bit witch!’)